"Murerleben" - the LIFE+ Nature Project at the River Upper Mur 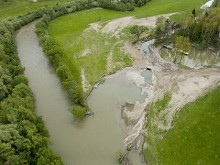 "Murerleben" is the second LIFE-Nature project at the Upper Mur.

In the first LIFE-Nature project "Murerleben" (2003 - 2007) an amount of € 2.2 million has been invested for measures to improve the aquatic habitat of the Mur and for passive flood control (see graphic below). More than 80 % of these investments remained in the region.

On seven river sections of the river Mur significant steps for a dynamic water development, for conservation of species diversity and for an improvement of the passive flood protection were set in accordance with the requirements of the EU Water Framework Directive. 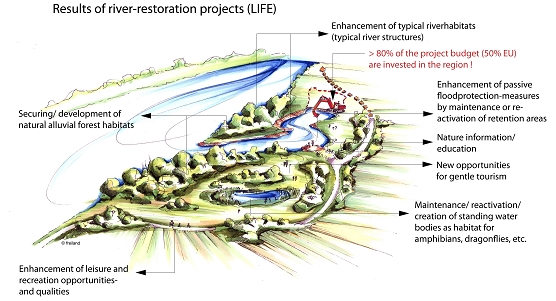